Grinding aids help raise the efficiency of the grinding process and increase mill capacity. However, grinding capacity can also be improved by reducing the loss of mechanical energy in the comminution process. Ecofor carries out this process through its active electro-neutraliser, which not only increases mill capacity but also cuts the use of grinding aids for small mills. 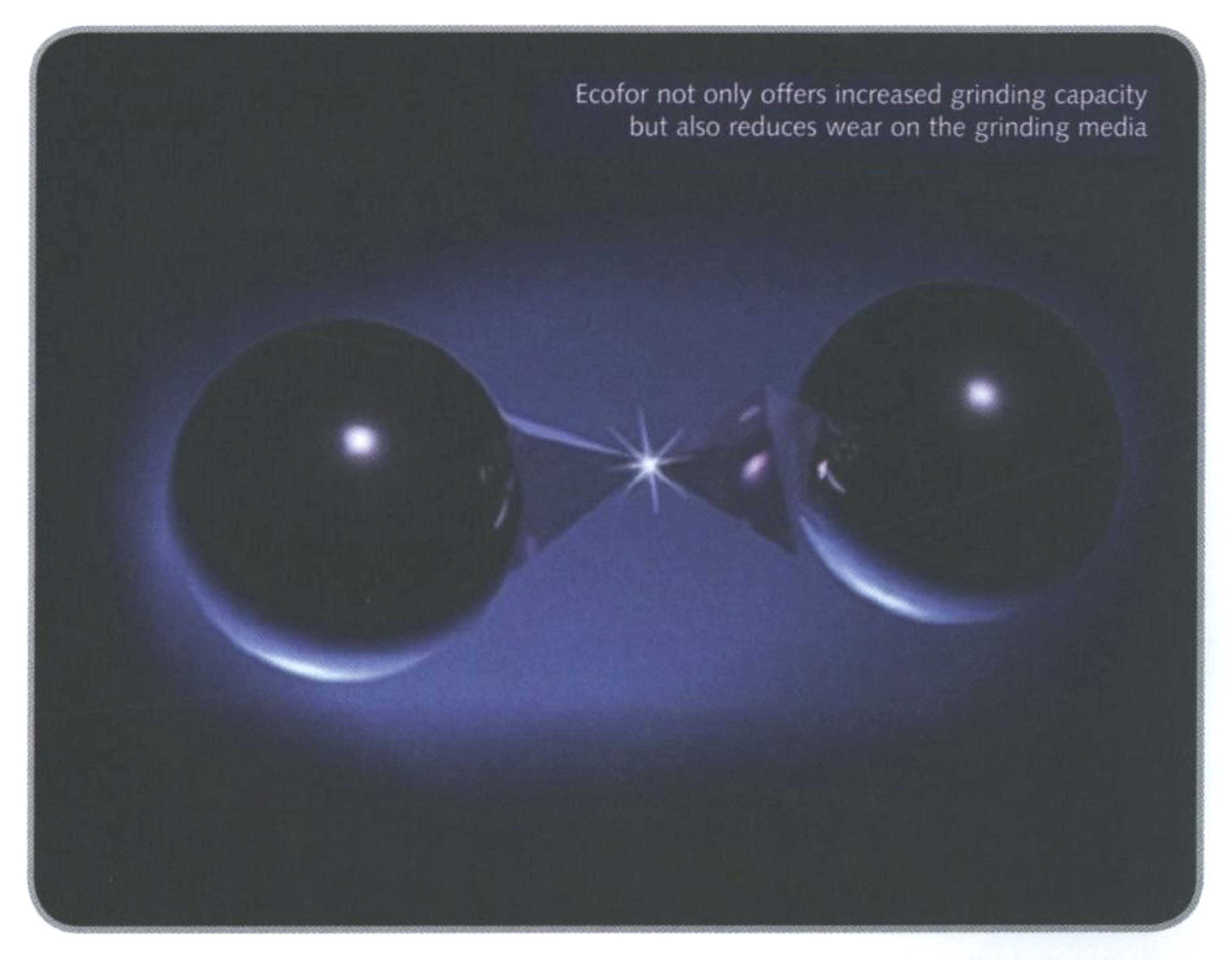 In effect, the excessive positive charge of the material being milled is suppressed. Its appearance in the fresh cement is explained by the properties of the dislocation in the ‘debris-layer’ surface of the grinding media with high density violations of the metal crystal structure (see Figure 1).

Under deformation these positively- charged dislocations emerge on the metal grinding media surface and counteract the leakage of the positive charge into the milled material. At the same time, they attract negatively-charged powder, forming a coating. Ecofor neutralises the positively-charged dislocation of the nearsurface layer of the grinding body and eliminates the barriers to the leakage of positive charges. Thus the grindability of material is improved and the efficiency of mechanical deformation increases. Thereby mill capacity improves by an extra 8-12 per cent in addition to increases made by the use of grinding aids.

The surface hardening of grinding media gradually occurs and this reduces their wear by 2-3 times. This causes an unusual after-effect of the device on the grinding media, which lasts from several days to three weeks. The effect is explained by prolonged wear free of defects near the surface layer of the grinding body even when the device is turned off.

Grinding material is charged with the Ecofor device via a distributed electric circuit through the grinding balls, armour plates, the mill’s body and shaft. The body of the output bearing is connected to the device input. As Figure 2 shows, several connection alternatives exist. Ecofor should be installed within 25m of the mill and its terminal block must be connected, eg to the top part of the mill’s output bearing. 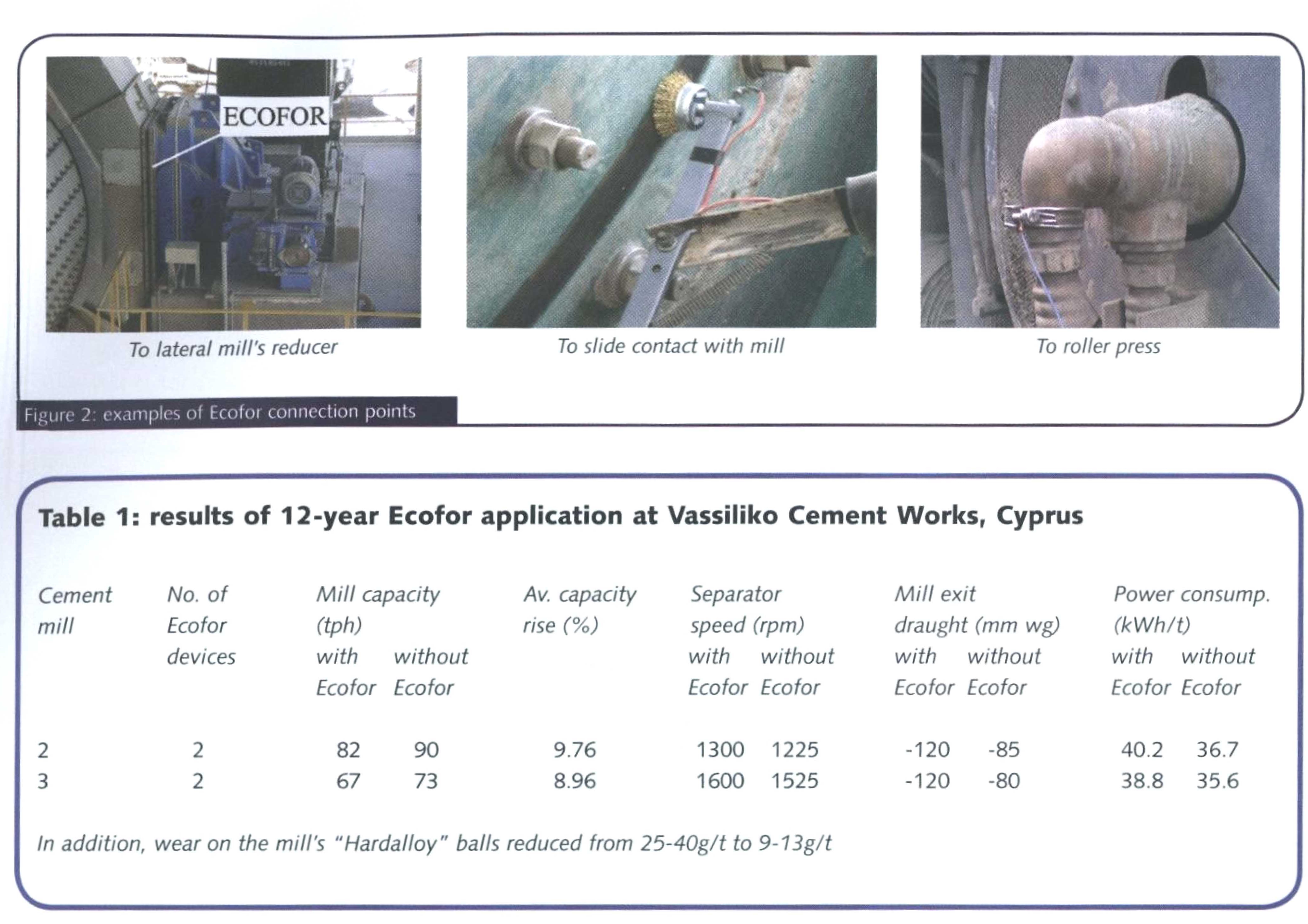 Since its first use in Egypt and Cyprus, more than 200 devices have been supplied and the technology has delivered tangible benefits to cement producers worldwide. Operational results have not only shown increased cement grinding capacity but also a reduction in electrical power consumption and grinding ball wear (see also Table 1). 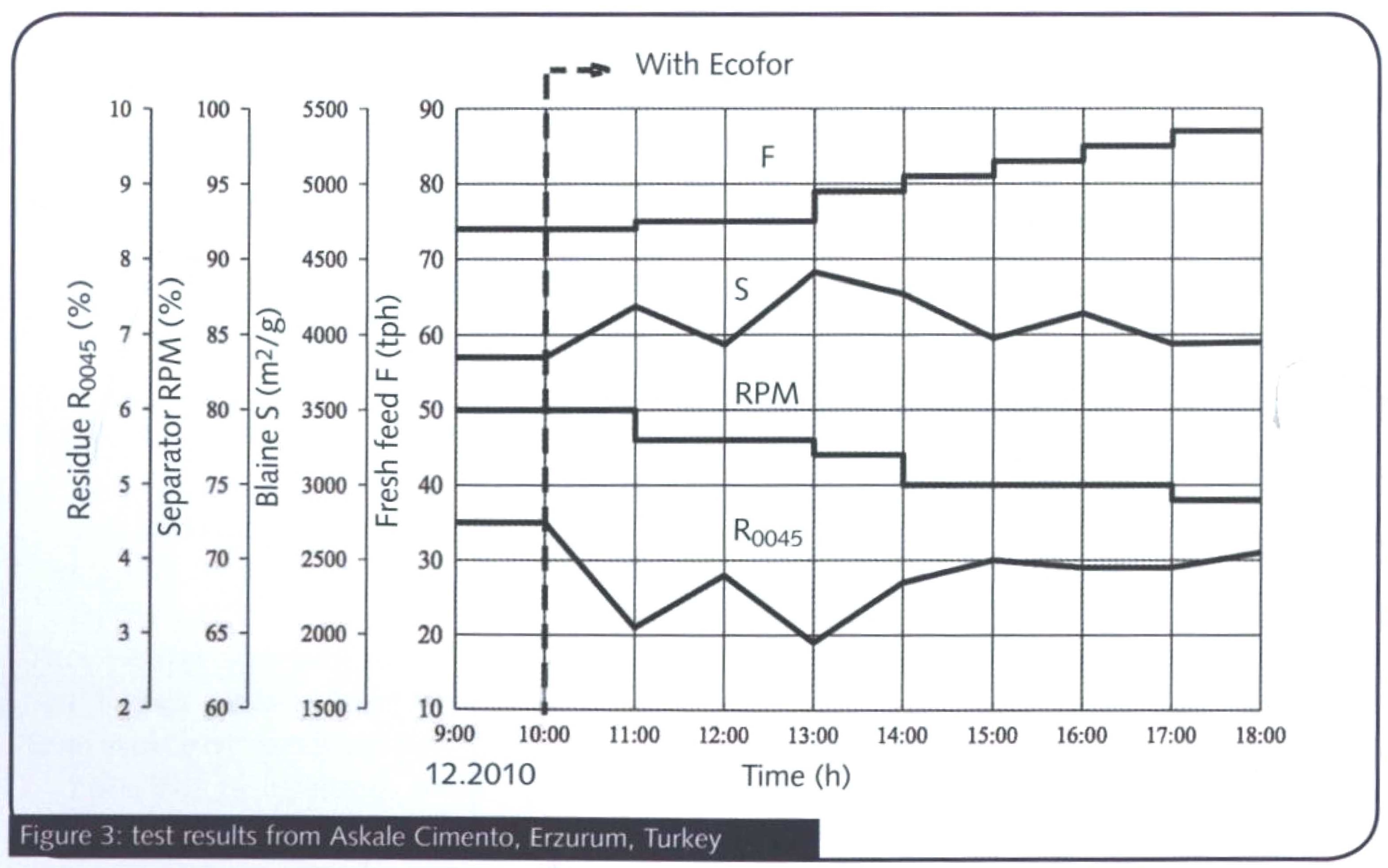 After Ecofor is switched on, the closed- circuit grinding system shows an increased capacity (see Figure 3). The load of the elevator rises due to the pulse destruction of the aggregates inside the mill in 10-30 minutes for a short time. The return from the separator is slightly reduced and the mill noise in the last few metres increases due to some destruction. The operator
simultaneously increases the fresh feed and decreases the rotational speed of the distributor plate of the dynamic separator according to the current data relating to Blaine and the sieve residue (eg 45μm). If the mill’s expert control system is used, the operations are carried out automatically.

To improve abrasion, throughput should be increased by 10-30 per cent. This can be carried out without any mill clogging by reducing the mill exit draught by 20-40 per cent.

When grinding aids are used in combination with Ecofor, the mill’s capacity increases by 8-12 per cent for ball mills and 4-7 per cent for vertical roller mills.

While Ecofor’s developers never took the initiative of reducing grinding aid use during presale tests, in nine cases customers requested an investigation into the possible effect on grinding aid use. Table 2 shows that a complete replacement of grinding aids with Ecofor is possible only for a few 50tph mills used today. However, a significant reduction in the use of such aids can be expected. At Aalborg Portland Cement, Denmark, Ecofor was connected to each of the two mills in tandem and grinding aid use was halved. This lower grinding aid consumption in the mills was also observed in roller press systems – eg at Hanil and Sungshin Cement, South Korea. If the grinding process does not include a pre-grinding stage, it is possible to increase the mill capacity and define an optimal (eg 30 per cent) reduction of grinding aids. However, in most cases where Ecofor leads to an increase in ball mill capacity, the proportional increase in grinding aid feed is not required.

Grinding aids used in the final metres of the ball mill show a less efficient performance as there is not sufficient absorption time. Therefore, the use of Ecofor in this area assists in building the electro-neutralising effect required and supports the mill’s grinding performance. 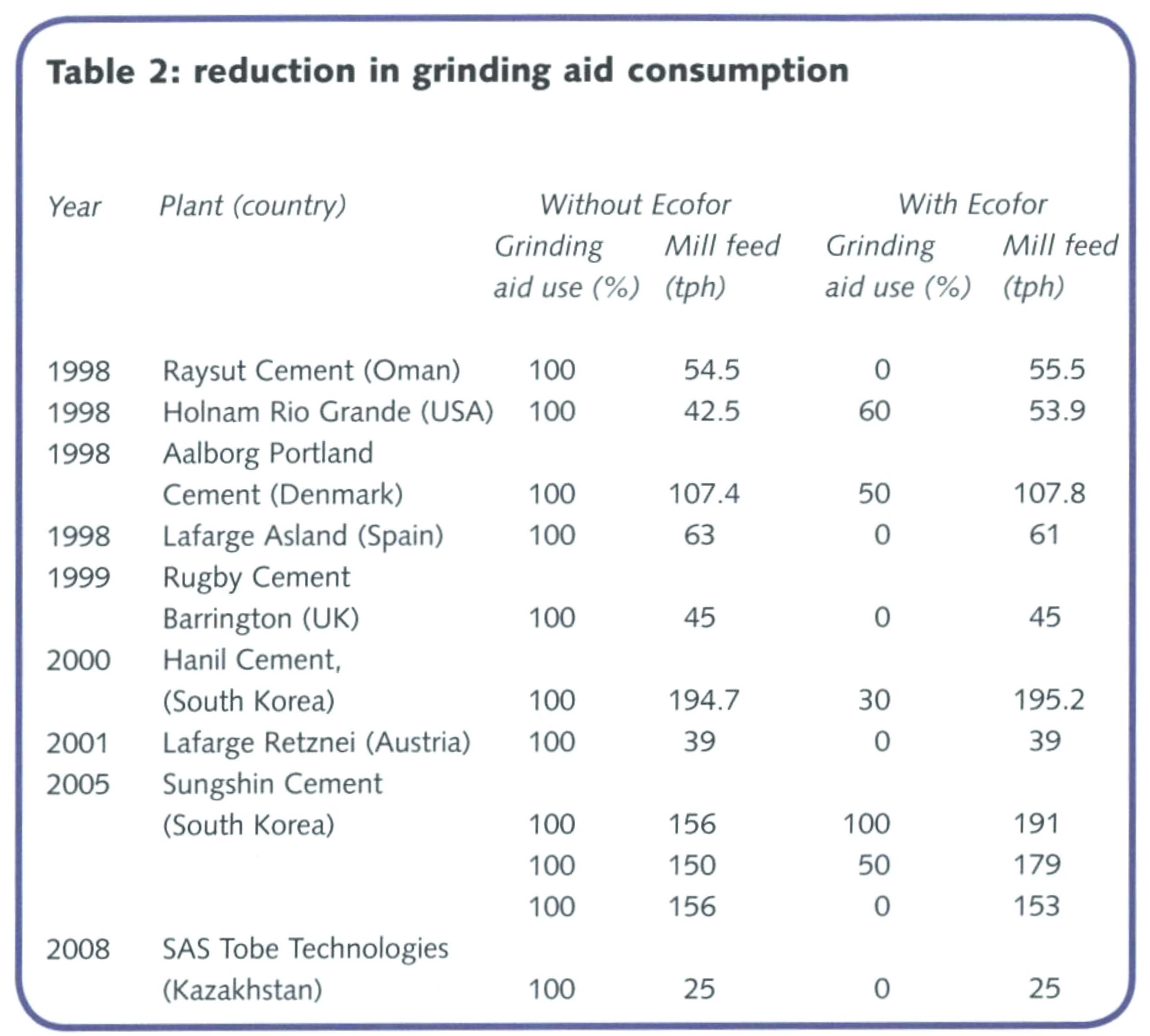 The use of Ecofor improves the performance of a cement plant’s milling operations. Test results from a range of mills have shown that Ecofor helps to increase grinding capacity and as a result, lower specific energy consumption, as well as improve the use of grinding aids.